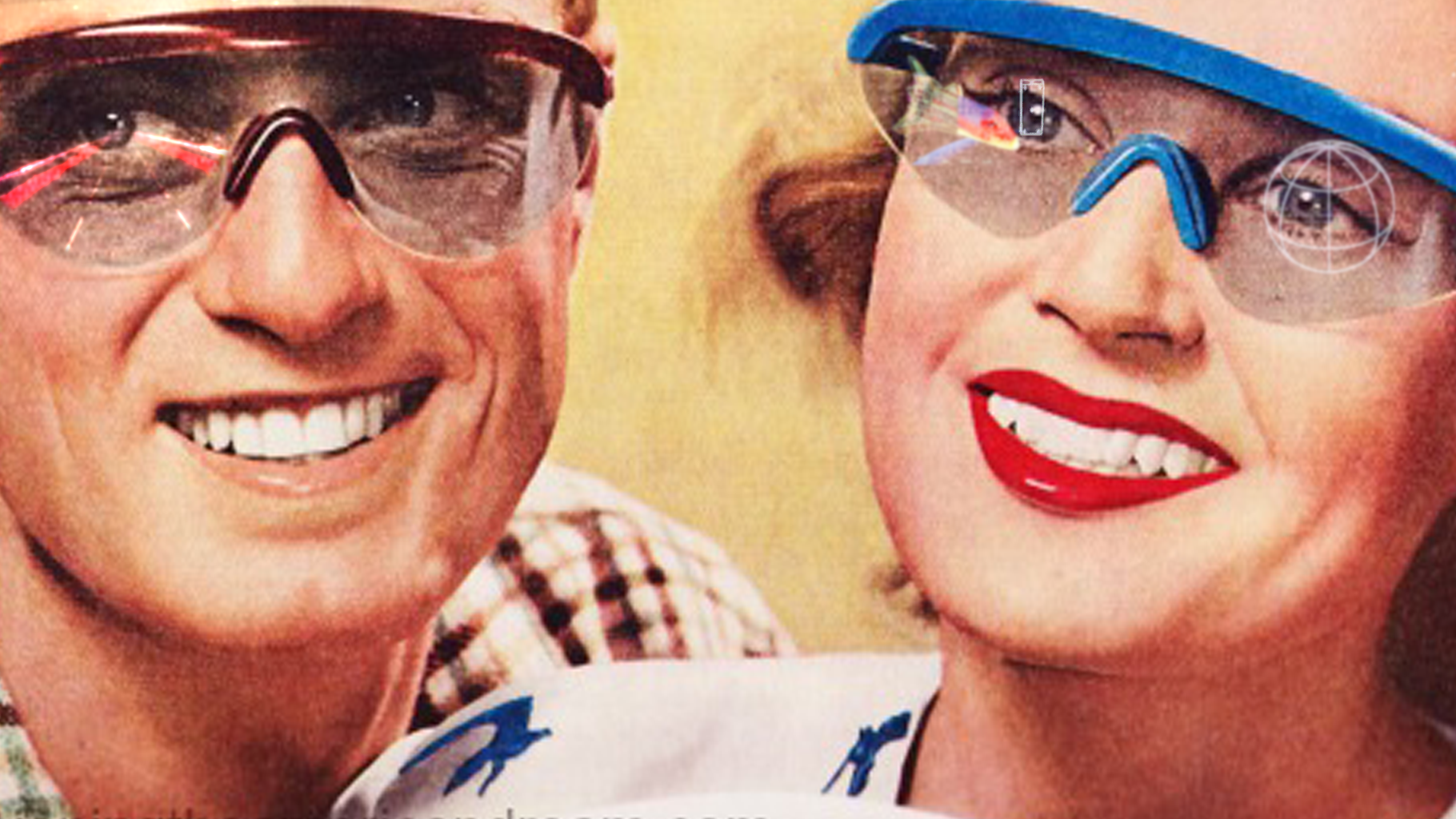 Where are my smart glasses I ordered 10 years ago?

To date, the history of “Smart” or AR Glasses has had two modes — excitement and disappointment.

We have read about the promise of smart glasses for the last decade or so. One would think that these game changers would have…changed the game? So where are we with these devices? Exactly which game are we trying to change?

It’s important at the start to delineate between a professional tool and a day to day device. We are not talking about smart glasses for industry, as those are here and are practical for a certain subset of industries and jobs. The HoloLens 2 being the current leader in our opinion, but there are more on the way for that niche. But these are multi thousand dollar devices that are not intended to be worn like normal glasses. Let’s keep this discussion to a hypothetical consumer product. One that is worn from morning to night — Consumer Smart Glasses.

I think we can all agree that once perfected consumer smart glasses are a no-brainer. A wearable heads up display that layers on information as we go through our daily lives would fulfill all our cyberpunk dreams. Visual 3D navigation, real time translations and training are just the tip of the iceberg for what is possible. We haven’t yet dreamed up the use cases that will be “killer apps” for the future.

But we are ready for them? Hopefully they’ll look cool like Tony Stark’s spectacles instead of some 90’s Oakley’s but either way let’s go.

It’s not like we’re demanding Neuromancer cyberpunk silver eyeballs right now. This isn’t Star Trek transporter technology. It seems like every few months we get an article like this one that lets us feel like we are behind the scenes of a big merger. Yes, indeed Google acquires smart glasses maker North but they’re not making them and not shipping them. So what’s the deal?

Between science fact and fiction it’s hard to tell who first started legitimately probing around into the smart glasses game. We can only assume that it had to do with the disappointment of finding out that Arnold’s sunglasses were not in fact producing the Terminator-vision as seen by the titular killing machine. Either way the idea has been around for awhile with the most public attempt in 2012, with Google Glass.

Google Glass may be forgotten by the majority of the general public but it’s spectacular industry failure may be still causing clenched teeth by would-be developers. It can not be understated how quickly the words Google and Glass went from evolutionary tech leap to punchline.

In 2012 Time Magazine named Google Glass as one of the best inventions of the year. The forward fashion gadget got it’s own 12 page spread in Vogue. It was everywhere in the media. People were excited… until they actually tried it. It was plagued with bugs, had no support, an awful battery life and let’s face it: it looked dorky.

How dorky? How about, “give me your lunch money” dorky. Multiple reports of people getting assaulted for wearing Google Glass surfaced. The public was not cool with the idea of weird looking expensive monocles that are recording their every move. It became late night monologue fodder and had it’s moment on SNL a’la Fred Armisen’s character Randall Meeks.

Joking aside, there were also practical security concerns. Some of these concerns seem a bit quaint now. This is right before the ubiquity of everyone recording everything with their phones. It was 2013 and somehow the idea of a crowd pulling out their phones in unison to record anything between life’s most mundane and dramatic moments wasn’t an accepted norm yet. Hitting record on your glasses vs. holding up your phone to record hardly seems like a real difference in 2020. In 2013 however, movie theaters were worried about bootlegs and banned Google Glass thus saving a compromised pirated viewing of Divergent. Casinos were worried about Ocean’s 11’s style heists by nerd versions of George Clooney and had them banned as well.

They just made people mad. Some of it was a class issue. In San Francisco the general public saw Google Glass as a $1500 totem of how Silicon Valley was rapidly pricing them out of their city. They quickly became a punchline as evidenced with the blog White Men Wearing Google Glass. Initally it was simply a collection of photos mocking the tech monocles. The site still exists in name but has shifted to different subject matter seeing as any photographer trying to snap a pic of someone wearing Google Glass in the wild is more difficult then getting a shot of Big Foot.

Sure some other attempts at smart glasses have been made. Many. But reviews always seem to include the phrase “awkward first step” or “designed by people who’ve never worn glasses before”. Snapchat Spectacles exist but having the word “Snapchat” in the title certainly scared off a large demographic. I don’t know any consumer who has ever worn a pair despite constantly hearing about these world changers. I’m starting to get the feeling that these are like the hoverboards promised to me when Back To The Future 2 came out in 1989.

We also would be remiss not to mention Magic Leap. They were ahead of the curve in terms of getting an AR headset to consumers. Unfortunately, their original price tag of $2,295 far exceeded consumers ability and willingness to pay for that. Earlier this year, Magic Leap laid off a large portion of their workforce and have pivoted towards the enterprise market. They cite COVID-19 as the main reason, but it should be mentioned that their low consumer sales definitely played a role.
As we mentioned before — this idea of everyday wear is really critical for adoption of AR headsets. Are you willing to be tethered to a puck that you carry around your belt buckle? How does this feel to wear for extended periods of time? Are you willing to pay extra for prescription lenses? We are seeing headset makers having to make compromises to pack a lot of sensors without making the device uncomfortable (off-balanced).

Here is what’s going on now.

At the end of June, Google announced that it had acquired North. North being the company that made the Focals smart glasses. The Canadian based company was planning on Focals 2.0 being the next release but since the Google acquisition those are not shipping. Consumers that pre-bought a pair are getting a full refund. The Focals app is going down and once again the “you can almost touch it” future of smart glasses feels yanked away from us.

What’s the plan? It’s all speculation now but obviously the guess is a Google assistant powered pair of smart glasses is in the works. Something that could work with all the existing Android and Google devices. How far away we are from that is an unanswered question.

With equal amounts of quiet to speculate and gossip on lots of of people are looking towards Apple. Of course there have been rumors. The rumors that Apple was going to at least tease some smart glasses this summer were starting feel really credible. Alas, we didn’t get any word about Apple Glasses from WWDC 2020 like we were hoping. There was talk that the lenses would launch this year but, really, what has gone as planned this year? Rumors are now posing to 2022 as a launch date with others even speculating 2023. We do know that Tim Cook is a fan of AR and that Apple acquired Akonia Holographics in 2018 so fingers crossed this isn’t wishful thinking.

We can at least make a healthy guess without getting into tech that Apple is heavily invested in design. There is no chance they jumped into the Smart Glasses game without planning on being the antithesis style wise to the fashion disaster of Google Glass. As long as they don’t look like a giant cheese grater I feel reasonably assured I won’t hate the way they look.

It’s clear that the big boys are all invested. Facebook, Google and Apple all have 3rd parties they are working with on both the tech and the frames front. Throw Ray-Ban in the mix and take out a 2nd mortgage.

In order to get anywhere these companies have some work cut out for them. Our phones are in our pockets half the time (OK, a quarter of the time). Glasses obviously would be visible 100% of the time and the way they look, for better or worse, say a lot about the person who wears them. Fashion will factor in to it’s success in a much larger way than any other technology has had to deal with. Look at Beats by Dre and what they did for the headphone industry. Hell, many argue that the sound quality is lesser with Beats, but the fashion aspect has made them worth billions. That’s without bringing any significant new technology to the headphone game.

That’s not to say that fashion alone is going to declare the “emperor of smart spectacles.” Whoever is going to be on top is going to have to nail both fashion and function. Headphones are meant to take us away from reality whereas smart glasses need to accentuate and sharpen our surroundings. If these devices distract or impede vision they are headed to the tech junk drawer. If they make you look stupid they aren’t even going to get tried on. It’s a fine line, and a tough job figuring out how to pull off both. Marketing will be a big part. What celebrity or athlete is going to be able to actually pull off making these things look cool. My guess is either Wallace Shawn or The Rock.

Time will tell, but hopefully not too much time. We could all use a new gadget to fixate on right now. Fortunately I’ve been told that they finally figured out hover boards and mine should show up any day now.