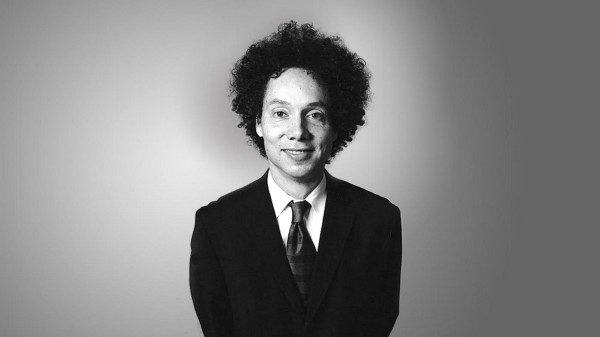 Malcolm Gladwell kicked off the Unity For Humanity 2020 Summit in typical Malcolm Gladwell fashion. He told a story. A meandering story, that made me wonder if he had forgotten  what event he was at halfway through. Then, like a yarn spinning wizard, he tied it all up perfectly at the end. I’m a fan of Malcolm, and even when the ol’ Gladwell switcheroo is coming, I still am delighted by the twist. On the surface, his keynote seemingly had exactly nothing to do with XR and technology, but it actually had absolutely everything to do with XR and technology.

I’m doing my best to paraphrase here, because I ain’t Malcolm.

There was a fella named Chester Winger,  who recently passed away at the age of 102. He was a pastor in the Mennonite church. Mennonites are kind of like the Amish. Except the Mennonites are ok with cars and zippers, however, they are still very conservative and old world religious.

Chester lived his life in service to the church as an Ethiopian missionary for most of his early adulthood, until he moves to Pennsylvania to preach in the church. In the 1970’s, Chester’s youngest son, Philip, came out to his dad as gay. Chester accepted who Phillip was, but the church did not. Philip was promptly fired from his job at the church,  and subsequently excommunicated. Philip found another church,  and Chester, while disappointed in his church’s decision, continued preaching.

Cut to 40 years later, the year 2014. Pennsylvania has now legalized gay marriage. Chester performs the wedding ceremony for his son Philip, and Philip’s longtime partner. Knowing that this act violates church precepts,  but wanting to be forthright, Chester goes to the church and informs them what he has done. The church asks Chester to step down from his 70 year role as pastor. Chester does so,  but then writes an open letter on Facebook (again, lucky he isn’t Amish). He writes an appeal to his church to reconsider their position on gay people. He writes with eloquence,  and asks how the church thinks Jesus would behave towards  sons and daughters who have it so much more difficult in communities around the world.

After he posts the letter it goes viral. I even remember reading the letter, despite having a Facebook feed that mostly consists of snarky comments about werewolf movies. The letter continues to gain traction and is a catalyst for change in the Mennonite church regarding the LGBT community.

The tie in between this story and XR,  is inclusion through empathy and storytelling. (Again, I’m not as eloquent as Malcolm). Using technology to tell his own personal story,  Chester was able to affect more people. By making the storytelling personal,  he opened people up to the situation better than a cut and dry scriptural argument. In his view,  the church, by excluding a group of people, had contradicted the very teachings of their own doctrine. He didn’t provide dry facts and he didn’t do a PowerPoint presentation. It worked because he told a story. It was personal. People could get inside it. Stories have power, where arguments do not.

This was the theme of the Summit. How this new technology can truly change  the user. Facts are great,  but facts with feelings, hidden in a story, make change. It was a powerful keynote and a great start to the event.

After the keynote, Embodied Labs spoke about creating modules to help others experience the aging process. Their VR training platform, called DIMA lab, helps build caregiver’s empathy. Using film and animation,  the user gets a  first person experience of having hallucinations from dementia. Multiple elderly caregivers said that the training has changed how they interact with patients. The DIMA Lab modules feature several diverse protagonists,   in order to give different examples of struggles that older adults face. These can range from experiencing hearing or vision loss to the very different types of hallucinations brought on by Alzheimer, Parkinson’s or Lewy Body. The training was given to over two thousand caregivers. (Learn more at beingpatient.com.)

Being Henry is a VR documentary about Henry Evans. Henry is a paraplegic technology enthusiast, who works with assisted robotics. Unable to speak, Henry used technology to communicate with people. The experience gives you the opportunity to see through his eyes, how he lives, speaks and interacts with the world using eye movements and technology.

Thicken the Plot focused on the work of Tamara Shogalou. Tamara created a three-part experience focusing on the the plight of Egyptian LGBT people, seeking asylum,  and the risk they seek. I was drawn to some the the stylistic choices of her film work,  and her mix of gameplay. The idea of using the core material for both playable and watchable versions is intriguing.

Deep is a simple VR app used with breathing. As a recent devotee to mindfulness mediation I can speak to the efficacy of mindful breathing. I’ve just been using the Calm app on my phone. The Deep app is scientifically proven to increase the efficacy shown with mediation and deep breathing. Putting it into a game. It is being used to help treat those who suffer from PTSD.

I’m someone who has to grapple with the instinct to change minds with only raw facts at times. Unity For Humanity was a good reminder that this isn’t always the most effective tool. Even in just casual conversation, intellectual intelligence seems to work better in conjunction with emotional intelligence. And when you pair that fact with immersive technology, the possibilities become very exciting.