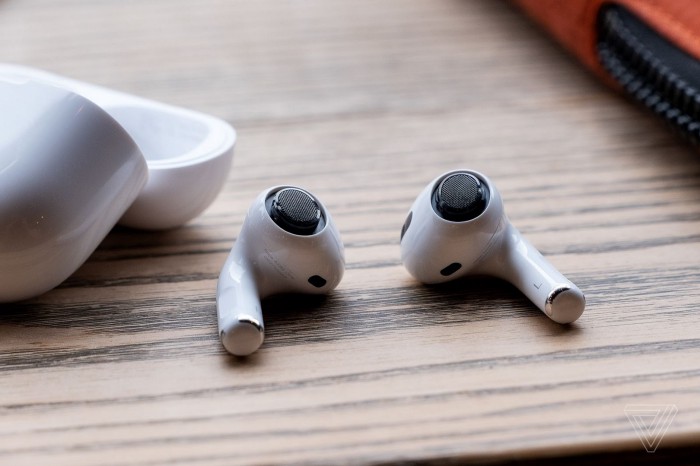 Spatial Audio and other WWDC 2020 reveals

Leading off with what got us the most excited: Apple’s new features to their AirPods.

The big news is that the AirPods Pro are getting spatial audio. The new feature will offer 3D, surround sound style audio to replicate a movie theater experience and will constantly calibrate based on the position of your head to whatever device you’re using. Your head movement will be tracked allowing you to “look” at the sound you are hearing. This opens up a whole new ball game of ideas and innovation in developing audio for VR and AR experiences.

Also announced is a nice time saving feature of automatic switching. If you’re like me you are in a constant state of pairing, unpairing in order to switch between phone, computer and ipad. The new switching feature will recognize what device you are actively using and automatically switch over.

Tim Cook kicked off the Apple Worldwide Developers Conference 2020 keynote by addressing racism, inequality and injustice. Apple has created the Racial Equity and Justice Initiative with a commitment of 100 million dollars as well as a developer and entrepreneur program for black developers.

From there we got some sneak peaks of a number of changes coming to every platform. Lots of new features, some bigger than others. Here are the ones that made an impression

The key innovation seems to be an effort into grouping and organizing apps (something I could indeed use some help with).

The App Library as they are calling is at the end of your home screen pages. It has a streamlined search feature that sits on top and alphabetizes the apps.

Apps are also grouped into sub categories based on frequency of use, recently added and customizable curations

Widgets have always been a little sidelined with iOS but now seem to be getting some fresh attention and already there is some online side eying from android users . Widgets are now moveable onto any screen and resizable. A smartstack widget will allow you to scroll through all your widgets or set timers to appear at different times ofday based on their uses. (I know I’ll be reminding myself to meditate)

Picture in picture so you can keep watching media while scrolling through other apps is now resizable and a blessing for the ADD multitasker.

Pinning texts in messaging will be helpful for those of us who constantly refer to a text with specific information (In my case a key code so I’m not locked out).

Group texts are getting some extra little tweaks like specific replies or those of us who get confused as to whom is talking about what from earlier in the thread.

Maps is adding new countries and a cycling feature to help you navigate cities on bicycles. The 2021 BMW 5 series will be the first car to allow the iPhone to be used as a car key to both start and unlock your car. You can share your key information with others by sending information to their phones.

Privacy in where your data goes and who is collecting was emphasized. Maps will have a feature giving you the option of leaving approximate location as well as specific pin drops. Apps will have to ask if they can track you. 3rd party apps will be forced to record what data they are collecting on you and you will be able to see that information.

Ipads are getting a much needed search as well some sidebars and the widget effect. The big iPad push seems to be the scribble function to be used in conjunction with the iPad pencil. Writing to text on every app.

The AirPods big new feature is spatial audio giving an immersive audio experience. This could be great for VR .

Big Sur is the name of the new OS for Mac.

Not too much was unveiled with Big Sur other than many design tweaks and layout placement. Again, widgets are getting love from Apple.