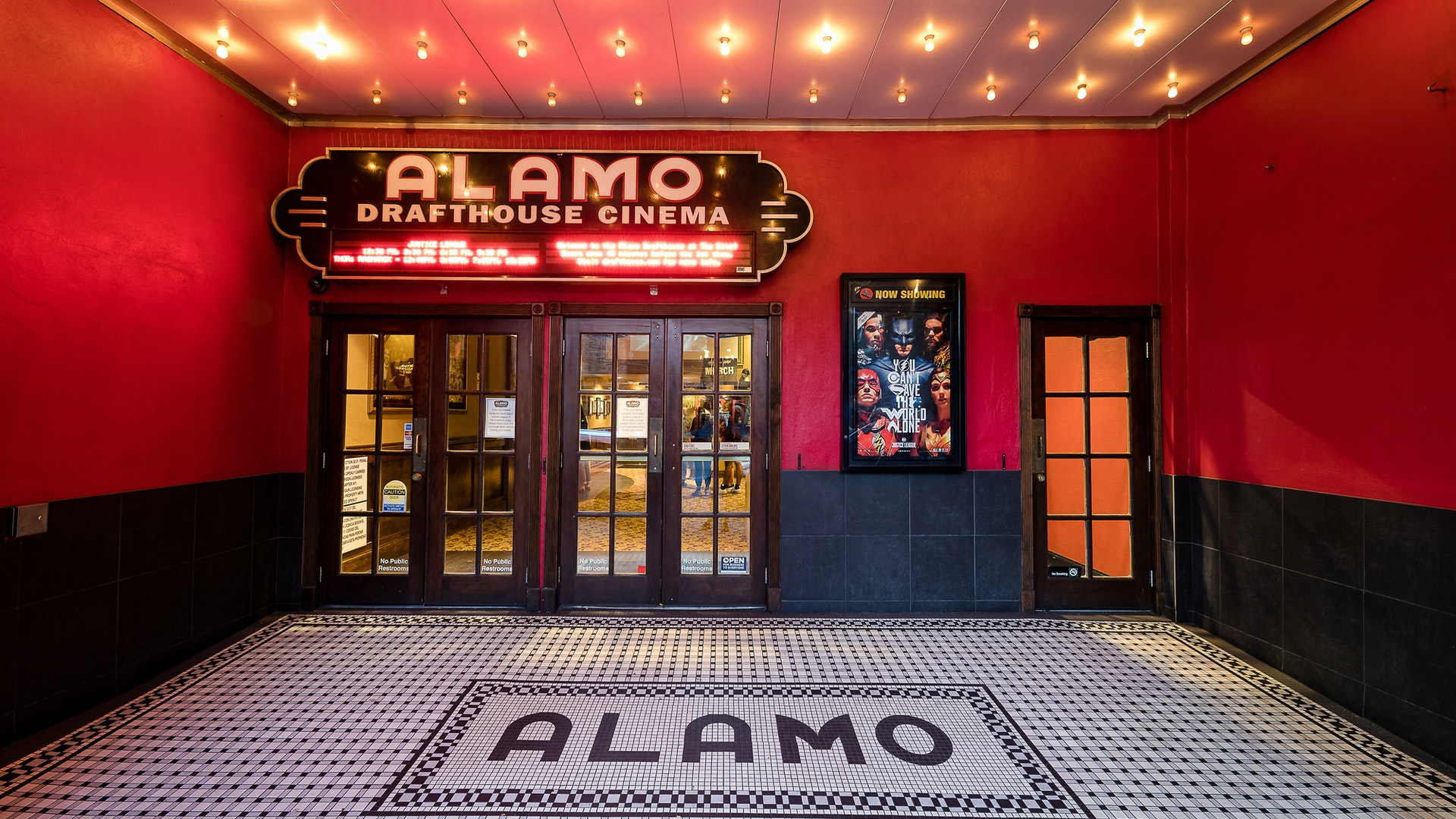 The last year has been one of anxiety at checking the news. What new fresh hell awaits when twitter is opened up? Today's kick from a pointy boot came with the announcement that The Alamo Ritz is closing down permanently due to a restructuring through Chapter 11 related to this seemingly never ending pandemic. The Ritz location of the Alamo Drafthouse was the flagship of the Alamo Drafthouse and the location to countless good memories. While most other locations are staying open, the loss of the Ritz is a bit of an emotional gut punch. It represents a piece of creative nexus to the city of Austin. The theater itself has been around since 1929 and has been a number of things over the years. Before the Alamo took it over in '07 it was different movie houses (sometimes adult), a comedy space, an arcade and a venue.

Photos in the Ritz location have seminal punk bands Black Flag, The Big Boys and the Misfits performing in the same spot where one would go see film noir retrospectives like Noir City along with the latest Marvel blockbusters. Walking out from a film in the evening into the busy somewhat debauched atmosphere of 6th street was always a stark contrast from the suburban theaters most of us attend these days. The decor was a perfect mix of old world theater with modern flair. The Ritz was the go to for Weird Wednesdays, Music Mondays, Master Pancake and all manner of innovative programing. Many a premiere was held there and occasionally you would get lucky and have Tarantino just show up to talk movies.

Friend of Fairworlds and film editor Greg MacLennan curated and hosted film screenings and marveled at the skill of the staff and projectionists. "Those projectionists would juggle 16mm, 35mm and 70mm without a blink while also being the most calm and professional humans alive. The staff, bless them, put up with a lot of stupid ideas and insanity from us all and I'll never fully been able to thank them enough for indulging and participating in so many spectacular nights.The Alamo is a magical place, but the Ritz had the ability to get everyone to begrudgingly slog downtown to seek shelter from the madness of 6th st. and within its hallowed walls, force you to give over to the power of cinema. Maybe it was because we were all trapped together or maybe it was because the Ritz holds a special kind of theatrical punk rock magic in it's bricks, but that place was special."

Co-Founder Erik Horn: I was lucky enough to be involved in this series for Dell years ago with my first agency. We filmed at the then Alamo Ritz in honor of the previous incarnation, the punk rock club. It looks like we'll have to revisit the concept whenever the space opens up again.
‍