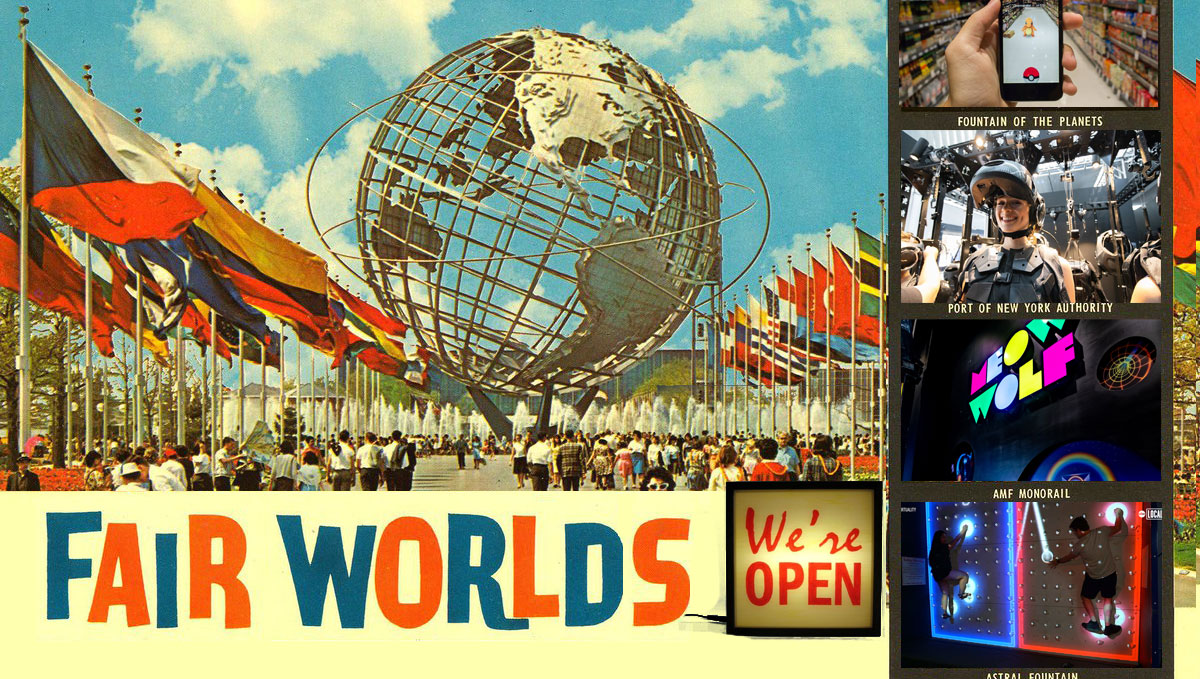 Back to the Location

I want to say this as cautiously as possible but.. “OH MY GOD I HAVE TWO VAX SHOTS AND I MIGHT GET TO DO THINGS AGAIN SOON”....(deep masked breaths)....

One of the reasons we were so excited about the potential of VR in the first place was its ability  to bring the sense of wonder of places like Disneyland, Meow Wolf and Sleep No More to people’s living rooms and towns. You don’t need the physical footprint and the limitations of traditional architecture and engineering, you are only limited by your imagination and what can hit frame rate. And in the “before times” we feel that we had a lot of success bringing immersive stories and impossible virtual environments to real world events.

At the World Gas Conference with Environmental Defense Fund, influential people in the world of oil and gas and policy lined up to experience our MethaneSAT VR project. In it they were virtually taken to a wellsite, played a game of “find the methane leak” with an adorable robot, and then were transported to outer space. We showed them a vision of the future where MethaneSAT can remotely monitor the globe for emissions, all in Virtual Reality. The experience, if we don’t say ourselves, was fun, memorable, and all together impossible to convey without VR. It was incredibly powerful to have multiple people, in the same physical space, go through the experience together, and then talk about it afterwards - recounting their shared journey and success or failure in the game. It was later used in training at BP and had real world impact. Jeff Bezos recently gifted EDF 100 million dollars to make MethaneSAT a reality, and we’re proud to still be a part of that project.

In February of 2020 we were showcasing another VR experience around the power of reducing methane emissions for Baker Hughes when … the world stopped.

But now, after a 14 month long pause, our minds have returned to the possibilities of location based entertainment (LBE) and immersive experiences outside the home! Get us out of the house! Virtual reality with actual people in actual places! THE FUTURE IS BACK!

When we last left “the old normal future,” The Void was the preeminent VR arcade, and in our mind the gold standard. I (Erik Horn, Co-Founder) went to the NYC location when it first opened to experience the Ghostbusters attraction. Later as a company, we all experienced Star Wars: Secrets of the Empire and Wreck it Ralph at the Void location in Orlando. The techniques and approaches they employed to short format immersive storytelling were incredibly influential on us (i.e. we ripped off a few ideas...but hey, who doesn’t). Unfortunately by November 2020 the pandemic had left our beloved The Void with its doors shut and it’s licenses pulled. Other VRcades were shuttering and things were looking grim for an industry that encourages people to share boxes you wear on your face...but then there were some bright spots.

‍Sandbox VR managed to stick out the pandemic with private parties and less licence overhead.  They are betting on a full recovery with the announcement of the opening of a new location in Las Vegas, taking over the space the Void formerly filled.

Another company who has boldly continued to grow during the pandemic is Meow Wolf.  The Santa Fe based art installation/entertainment/undefinable experience combines everything that we love.  It’s a sight to behold and they’ve managed to expand to Las Vegas as well with a third location opening in Denver sometime in 2021. A promised Austin location has never materialized though it features heavily in the FANTASTIC documentary about the company. I have already bought tickets to a concert at Meow Wolf in August as a bet on the future, and I can’t wait to get back there to see what they have added during the months of downtime.

When it comes to any shared VR experience, I’m sure what is on top of everyone's mind is safety and sanitation. I’ll be honest - when the pandemic began I thought for sure the days of sharing headsets were over - and in some respects they are - but what is emerging now are new ways to sanitize and create an environment where customers are comfortable putting on an immersive headset that they don’t own.

Disinfecting has always been the norm but the advances in UV technology like Cleanbox and SaniBoXX provide multiple pods for disinfection and they use UV light as opposed to disposable inserts and antiseptic wipes. They are said to knock out 99.9% of bacteria and viruses.  Uvisan makes a mobile wheeled cart that can accommodate 100 phones, 50 tablets or 30 conventional VR headsets. One step further is the Cleanroom by Uvisan which neutralizes surfaces and the air of an entire room in 10 minutes.

Without giving away too much the team has been working on something we’re incredibly proud of that we can talk about more soon that brings together the following elements:

We’ve been revitalized working on this top secret project and can’t wait to bring the learnings and technology to other projects. Please reach out if you want to learn more about how location based immersive layering can solve a problem for your business or enable you to tell a story in a new, previously impossible way. It’s the FUTURE! Let’s get back to it! (safely of course)